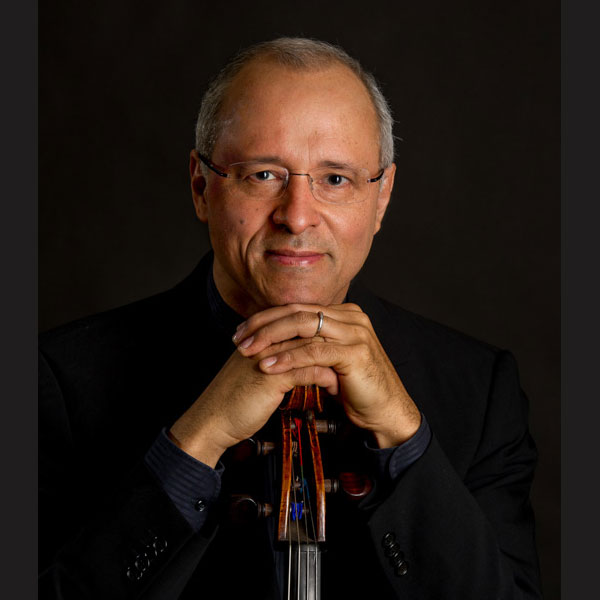 Born in Recife, Brazil, in 1957 into a family of musicians, Antonio Meneses began his cello studies at the age of ten. At 16, he met the famous Italian cellist Antonio Janigro and was asked to join Janigro's classes in Düsseldorf and later in Stuttgart.

Appearing in the music capitals of Europe, the Americas and Asia, Antonio Meneses performs with most of the world's leading orchestras (in Berlin, London, Amsterdam, Vienna, Paris, Prague, Moscow and Saint Petersburg, Munich, New York, Philadelphia Washington D.C. or Tokyo.

A devoted chamber musician, Antonio Meneses was a member of the legendary Beaux Arts Trio between October 1998 and September 2008. He has collaborated with the Vermeer Quartet on tour and gives chamber music concerts and duo recitals with pianists such as Menahem Pressler and Maria João Pires.

As a recording artist, Antonio Meneses has made two recordings for Deutsche Grammophon with Herbert von Karajan and the Berlin Philharmonic Orchestra (Brahms' Double Concerto with Anne- Sophie Mutter and Richard Strauss' Don Quixote). He has released the complete works for cello by Villa-Lobos (Auvidis France and Bis), David Popper and CPE Bach (Pan Records).

For AVIE, his recordings include the Six Bach Cello Suites; the complete works for Cello and Piano by Schubert and Schumann with Gérard Wyss; a Beethoven disc with Menahem Pressler; Haydn's Cello Concertos and the Concertino by Clovis Pereira with the Royal Northern Sinfonia, and a CD of Elgar and Gál Cello Concertos with the Royal Northern Sinfonia and Claudio Cruz, which was nominated for a Grammy Award for 'Best Classical Instrumental Solo'.

His first recording with Maria João Pires, The Wigmore Hall Recital, was released in September 2013 for Deutsche Grammophon. Recent highlights include performances with the BBC Symphony Orchestra and Maxim Vengerov at the Barbican Centre; appearances at Aldeburgh and at the Edinburgh International Festivals; recitals at Wigmore Hall; ongoing touring projects with Maria João Pires, among others.

In 2015-2016, Antonio Meneses performs with the Hong Kong Sinfonietta on tour, with different orchestras in South America, among others; giving solo recitals among other in London at Wigmore Hall and recitals with piano with Maria João Pires in Japan and later in Europe but also at the Puerto Rico Festival.