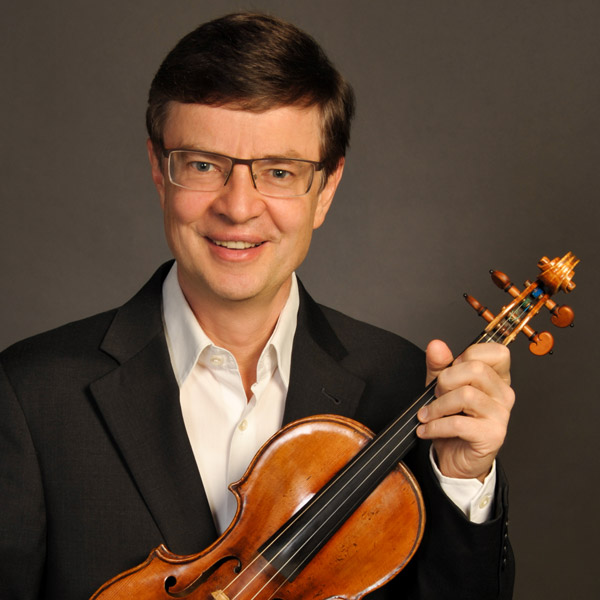 Born in Budapest in 1962 into a family of musicians, Gyula Stuller studied violin in Budapest from the age of six with professor Dr. Ilona Hencz and later studied at the Franz Liszt Music Academy in the class of professor Ferenc Halász.

After his first great success, in the Joseph Szigeti International Violin competition in 1979 he was appointed as a soloist of the Hungarian music agency Filharmonia. Under their guidance he travelled all over Europe as a young artist, performed as a soloist at many of Europe’s major cities including Vienna, Berlin, Sofia, Prague and Moscow.

In 1981 he received a two year scholarship awarded by British Petrloleum in London, enabling him to study at the famous Guildhall School of Music and Drama with the world renown violinist, Professor Gyorgy Pauk. After his studies in London, Gyula Stuller went on to be a laureat at the Rodolfo Lipizer International Violin Competition in Gorizia, Italy in 1985. Gyula Stuller studied with many great violinists including Nathan Milstein, Sàndor Végh, Lòrànt Fenyves, and Tibor Varga. Professor Varga later invited him to Sion to participate in the 20th International Tibor Varga Violin competition in 1986 where he was awarded the first prize and then stayed to work for the following 3 years as Varga’s assistant and as concertmaster of the Detmold Chamber Orchestra.

In 1990 Gyula was appointed concertmaster of the Lausanne Chamber Orchestra, a position he is currently holding. He has taught at both the Fribourg Conservatory and the Tibor Varga Conservatory in Sion, Switzerland. At present he is Head of the String Faculty at the “Haute Ecole de Musique” in Lausanne, Switzerland, where a number of his students have been awarded prizes at international violin competitions and hold posts in some of the most prestigious orchestras. Gyula Stuller also regularly conducts master classes in Switzerland, Hungary and Italy. He was appointed artistic director of the International Festival “Academie Musicale de Morges” in Switzerland between 2007 and 2014.